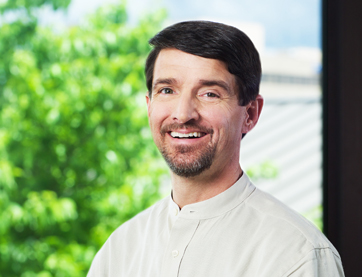 Degrees and Education
Dr. Hunter received his medical degree (M.D.) in 1991 at the University of Texas School of Medicine, Houston, Texas. He obtained his undergraduate degree in Biology at Baylor University, Waco, Texas in 1985. Dr. Hunter completed his residency in Ophthalmology at the Southwestern Medical Center, Dallas, Texas from 1992 – 1995. He interned at Baylor University Medical Center, Dallas, Texas from 1991 – 1992. His fellowship was in Pediatric Ophthalmology and Adult Strabismus at Duke University Eye Center, Durham, North Carolina from 1995 – 1996. He is the only fellowship-trained pediatric ophthalmologist in East Texas and has been honored by Texas Monthly magazine by being voted a “Texas Super Doctor” by his peers each year since 2009. Before joining Heaton Eye Associates in 1996, he completed his subspecialty training in pediatric ophthalmology and adult strabismus at Duke University Eye Center in North Carolina. Considered one of the premier pediatric ophthalmology surgeons, with over 10,000 surgical procedures performed, Dr. Hunter works with children and adults of all ages affected by strabismus (commonly known as crossed or misaligned eyes).

Awards and Appointments
Jeffrey Scot Hunter, M.D., is a member of the American Academy of Ophthalmology. He was appointed the Section Chief of Ophthalmology at East Texas Medical Center in 2003. Hunter has been the Secretary and Treasurer of TAPOS since 2003. He was made a Fellow of the American Academy of Pediatrics in 2002. He was a Medical Advisor of Prevent Blindness for East Texas from 2002 – 2004. Dr. Hunter is a member of the AAPOS and TAPOS. He was a Board Member of Prevent Blindness for East Texas from 1997 – 2004. He is also a member of the Smith County Medical Society, the American Academy of Ophthalmology, the Texas Medical Association and the Texas Ophthalmology Association. Dr. Hunter is actively involved with several charitable organizations including: Grace Community School, KVNE – Encouragement FM, Young Life Board and Mercy Ships. He is also an active member at First Baptist Church. He enjoys traveling with his wife and four children. His licensure is from the state of Texas.