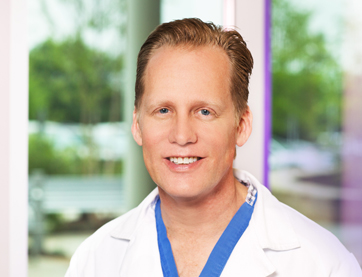 Baylor Scott & White Texas Spine and Joint Hospital
Bio
Dr. Gordon was introduced to the medical profession by his father, and would often accompany him on rounds and in surgery from a young age. A cancer survivor himself, he has developed a deep empathy for his patients, having joined their ranks. He strives to treat all patients as family. Perhaps this is why celebrities and heads of state make their way to Tyler, Texas to seek his care. In choosing the name “Precision Spine Care,” Dr. Gordon hoped to convey that every patient is treated uniquely. Since every person is different, Dr. Gordon believes that targeted, tailored and minimally invasive options are generally superior to the one size fits all approach offered by most single specialty practices. Charles R. Gordon, M.D. is board certified by the American Board of Neurological Surgery. Dr. Gordon specializes in spine surgery and the treatment of spine injury, deformity, and degeneration. Dr. Gordon is known as a leading advocate in research for the spine. He is an expert in the implementation of the latest in laser technique and stem cell (from the patient’s own body), as well as other biological advances. He’s also on the front line of utilizing early genetic detection of potential spine and neurological problems. Dr. Gordon is the co-founder of the Baylor Scott & White Texas Spine & Joint Hospital, a highly respected hospital with a growing national reputation. “The primary focus of my practice at this time emphasizes the aggressive and comprehensive interdisciplinary management of spine disorders. My personal goal is to continue caring for patients with neurosurgical disease, to continue clinical research, and ultimately to fulfill God’s design for my life.”

Awards and Appointments
Charles R. Gordon, M.D. has a joint section on tumors for the American Associate of Neurological Surgeons. He received the Preuss Award for Resident Research in 1990. In 1983 he was awarded the Achievement Reward for College Scientists. Dr. Gordon was given the Dean’s Scholarship for Academic Achievement in 1981, 1982 and 1983. He was in the Phi Beta Sigma honor fraternity at Texas Tech in 1983. His licensure is from the states of Texas and Virginia.

Papers and Presentations
Charles Gordon has several publications, editorials and professional presentations. He has also focused on several areas of research. He is the author of In Plain Sight, a photographic essay celebrating God’s signature throughout creation and the natural world.