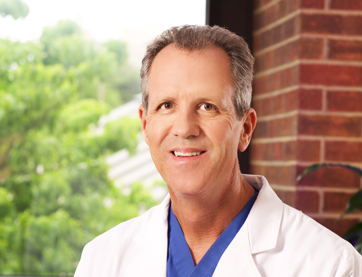 Azalea Orthopedics
Bio
John Camp, M.D. is a board certified Orthopedic Surgeon who specializes in the hand and upper extremities. His interests include the hand, wrist and shoulder.

“My orthopedic subspecialty is in hand and upper extremity surgery. I was drawn to this field because of the fascinating pathology and ability to make people better quickly. Most upper extremity problems are straightforward and diagnosis and treatment outcomes are highly successful. In addition to hand and wrist problems, I also care for shoulder and elbow pathology, including rotator cuff tears. I can think of no other area in medicine as gratifying as upper extremity surgery.”

Awards and Appointments
John Camp M.D. was Vice President of his Medical School Class his Junior and Senior Years. In 1993 he received the Kentucky Orthopedic Society Rusty Hip Award. Dr. Camp was a Major in the US Army Medical Reserves. His licensure is from the states of Kentucky #27465, Texas #H7941 and Ohio #35-06-6666.